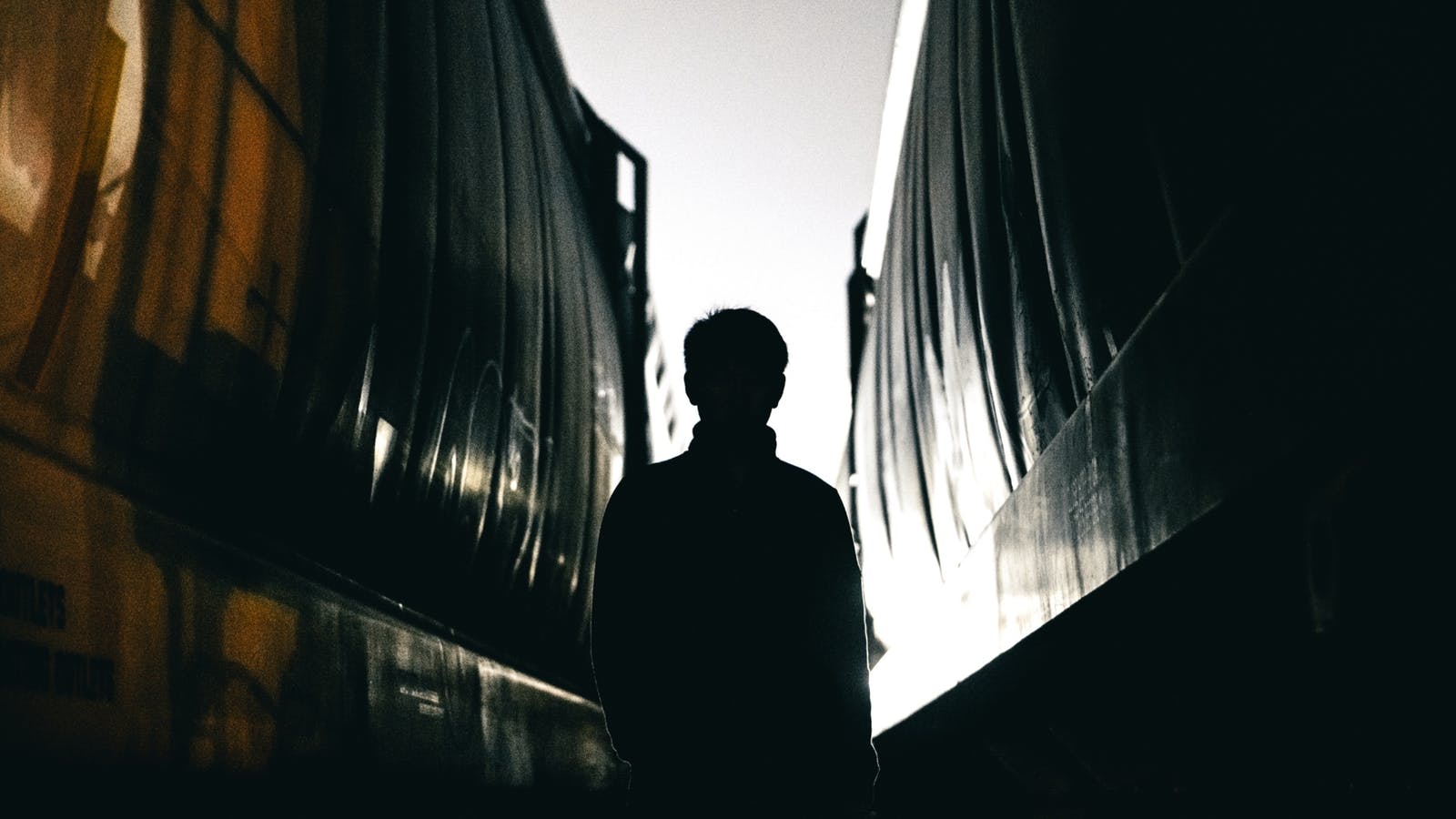 Humble Yourself Before God

Humility before God is when one admits his sins, errors, faults, and shortcomings without resisting God; when one drops the big religious and worldly titles that make people recognize him/her and come to God pleading for mercy on hearing the word of rebuke from the almighty; when one feels sorry, and decides to turn from his old evil ways; when one becomes repentant in the heart and begin to cry out to God for mercy; when one recognizes that the one has really gone astray, and makes up his mind to come back to God; when one deliberately confesses his sins with a resolute decision not to go back and asked God for forgiveness, then we can say that such a person is of a contrite heart and a humble spirit.

Some people will naturally feel hardened when they hear the word of rebuke from the Lord, and until they see the very rough end of it, they will not like to relax their stubbornness. That was the case of the prophets of Baal and Prophet Elijah at Mount Carmel. 1Kings 18:21-40.

God loves a humble attitude that submits to rebukes. The prodigal son is a very good example of one that humbled himself before his father and God. This is called godly sorrow. 2 Cor. 7:9-10.

Now I rejoice, not that ye were made sorry, but that ye sorrowed to repentance: for ye were made sorry after a godly manner that ye might receive damage by us is nothing for godly sorrow worketh repentance to salvation not to be repented of but the sorrow of the world worketh death. (KJV).

There are doors that are shut by either God himself or even Satan that can only be opened by such godly sorrows. Humility attracts God’s mercy and he can play down on his words and oaths if he sees a humble heart. In all the sins and atrocities of King Ahab that climaxed into confiscating and coveting Naboth’s vineyard, God still mellowed down on His previous declarations when He saw humility. 1 Kings 21:17-29, “seest thou how Ahab humbleth himself before me? Because he humbleth himself before me, I will not bring the evil in his days; but in his son’s days, I will bring the evil upon his house (KJV).

How do you react when you hear the word of warning from God about sin? How do you feel at a time like this when God is directly talking about your case? How do you respond to a message of rebuke? Are you still in sin? Are you among those that say that no one can be free from sin? Is your present position in the society blindfolding you from grasping the reality of God’s plans for you? Do you know that the position that is hindering you from facing the realities surrounding your case is not recognized in Heaven? Do you know that King David had the highest title and position in Israel, yet when Nathan the prophet confronted him, he humbled himself? He was in a position to give an order that would have silenced the prophet. Can you humble yourself and come back to Jesus? He will receive you back.

“When the unclean Spirit is gone out of a man, he walketh through dry places, seeking rest, and finding none, he saith, I will return unto my house whence I came out. And when he cometh, he findeth it swept and garnished. Then goeth he, (the evil spirit) and taketh to him seven other spirits more wicked than himself; and they enter in, and dwell there; and the last state of that man is worse than the first”.

No doubt, evil spirits do exist and they like to dwell in humans, but the Lord gave us power and authority to cast them out of people. (Matthew 10:8). However, he gave the warning to caution us about the devil’s curious desire for a second journey into the body of the victim. The evil spirit would have remained obstinate to remain in the body of his victim following his claim that the place was his house, but because of the non-negotiable authority given the believer, the evil spirit had to simply obey. In spite of the possibility that the unclean spirit could be chased out of the victim, the fact remains that the spirit will continue to roam about seeking for a place of rest because a spirit does not die. But look at the declaration of the unwanted visitor that was expelled from the body of the victim.

“I will return to my house”, this is a seemingly embarrassing statement. But there could be certain existing factors that would make someone make such an audacious claim. Remember that at the point of his return, the unclean spirit, (that can only be comfortable with the unclean environment) on finding the place swept and garnished applied for more wicked spirits than himself. Why? Because the place appears more comfortable than before, he findeth it swept and garnished. The place was swept and put in order, an order that suits the demons, not a proper, or a godly order.

The word “GARNISHED” as used by the KJV of the Bible – is defined thus by the: Longman Dictionary of Contemporary English as “a small amount of food such as salad or fruit that you place on food to decorate it”. It means adding something to food in order to decorate it which is not part of the original meal. Many people today do decorate themselves (their body) with foreign attire, properties and many such unwanted things that will attract those demons to them. If you must be totally free from these incessant attacks of Satan, get out of all side attractions; stop decorating your natural body with foreign properties. Stop insulting God who gave you that natural skin and the natural body. God is wiser than you. If you will return to Him, He will overlook every mistake. He will embrace you again. Do not look down on this opportunity.

HOW TO MAINTAIN FREEDOM (PART II)

In the first part of this write up, we enumerated the nasty claim of the evil spirit which also implies that the spirit would have remained in the body of its victim without moving an inch, were it not for the non-negotiable authority given the believer to cast him out. It is synonymous with the story of an illegal occupant of a building that has been marked for demolition whom the government gave an ultimatum to vacuate the resident. No matter how stubborn and unwilling the person may be, he will comply because he knows that the government has equipped soldiers that will accompany bulldozers that will pull down the house on his head should he put up any resistance.

Evil spirit and demons are usually afraid of believer’s weapons of war, because of that, they obey quickly. However, they did not leave willingly, they were forced out. Now that the demons have been forced out, it will be wise for the owner of the house to keep his house secured. In the ordinary setting, he ought to get a good padlock and key to give the house better security to avoid a further invasion. Many people that face an incessant invasion of demonic influence usually think that their deliverance was not thorough. They simply lack tight security plans that would check further attacks. Because of that:

then goeth he, (the evil spirit) and taketh to him seven other spirits more wicked than himself; and they enter in, and dwell there; and the last state of that man is worse than the first.

WHY TAKING OTHER SPIRITS MORE WICKED THAN HIMSELF TO AFFLICT THE VICTIM?

This also applies to healing. The victim could experience more troubles and be afflicted with more terrible and different sicknesses than before if he did not guide himself with the necessary armor. See the case of the woman caught in the very act of adultery that was brought to Jesus. (John 8:3-11)….. Go and sin no more. Even after your freedom, you need to refrain from what you were doing before to keep your freedom. See another incident in (John 5:1-14), “Afterward Jesus findeth him in the temple, and said unto him, behold, thou art made whole; sin no more, lest a worse thing come unto thee”, (KJV).

All these are indications that healing and deliverance must be followed by serious warnings and caution against sin and sinful practices. There are things that can attract sin to someone’s life. Avoid them, especially those people that have been victims before. Embrace the truth and be totally free today.

Salvation by grace is God’s Grace through which one receives forgiveness of sins and all sins remitted. This is a product of Faith in the only begotten son of God. The benefit of salvation is highlighted in the depraved nature of man who was subject to God’s wrath and condemnation.